There are so many words we could use to describe what has been a very active fire season in Northern California, but now we have a statistic that can help put the fires into perspective – 1 million.

Over 1 million acres have burned in Northern California since July 6.

That number is shocking in itself, especially when you add to it the 1,200 homes burned and at least a dozen people that have died. There probably aren’t any words that can really put this fire season into perspective, and it’s still far from over.

Following months of warm and dry weather, fire season usually picks up in the months of September and October. The news of the devastating Carr Fire finally reaching full containment was immediately met with the eruption of the Delta Fire. And while the Mendocino Complex Fire, California’s largest ever, is expected to reach full containment any day now, it has now lingered on for over 6 weeks.

During 2017, a total of 1.4 million acres burned during fire season. Both the 2017 and 2018 fire seasons saw a dramatic uptick from the nine years prior.Â CAL FIRE directorÂ Ken Pimlott recently sent a letter to legislators outlining the recent years sayingÂ â€œclimate change-driven extreme weather conditions continue to drive intense and large fires.” CAL FIRE has almost spent all of itsÂ $432 million in July and August alone and is asking for another $234 million.

The true totals of the 2018 fire season won’t be known for months, but let’s take a look at the 12 fires that have hit Northern California as of September 11: The largest fire in California’s history, the Mendocino Complex Fire accounts for roughly 40 percent of the burned acreage in the Northern California. Made up of the Ranch and River Fires, this fire has lasted for over six weeks now covering four counties and destroying 157 residences.

Fire officials announced Sunday that firefighters are working to contain the last section of the Ranch Fire, patrolling so-called â€œfirelinesâ€ and conducting suppression repairs. The fire is currently 98 percent contained, and announcement of full containment is expected at any moment. Cause:Â A malfunctioning recreational trailer off Highway 299 near Whiskeytown Lake

Although not the largest of Northern California fire season this year, the Carr Fire was by far the most devastating. On July 26, a 146-mph “Firenado” tore through neighborhoods in west Redding, burning over a thousand homes and killing 8 people. It remains the sixth most destructive fire in California’s history.

Today, many popular destinations in the heart of NorCal remain charred by the Carr Fire’s flames. More than 90 percent of Whiskeytown National Recreation Area burned. The fire moved all the way to the waters of Shasta Lake, burning the beloved Sacramento River Trail in the process.

Although this fire is 100 percent contained, it’s massive flames will be felt in the Redding community for years to come. 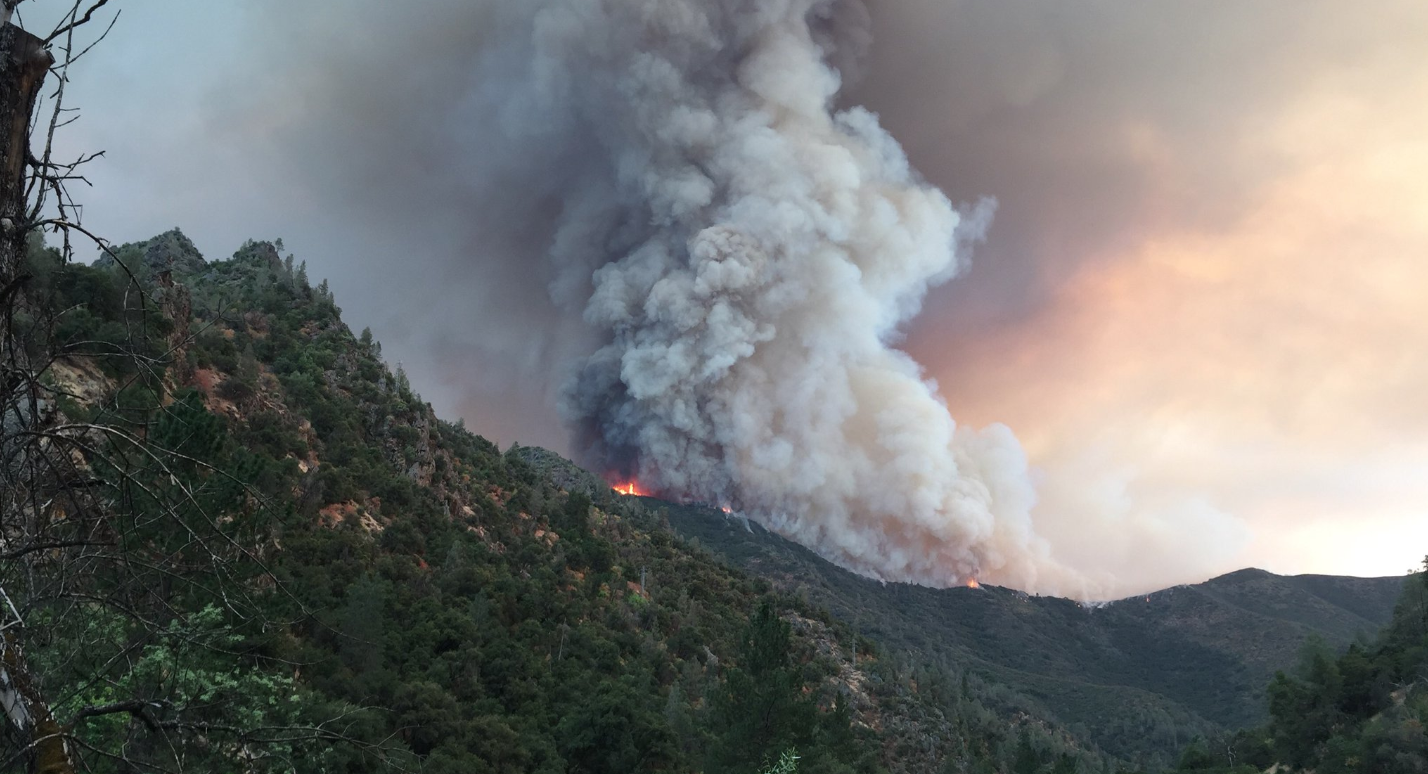 The Ferguson Fire wreaked havoc on Mariposa County and Yosemite National Park during a 5-week span in July and August. The fire created disruption in the area known for its outdoor recreation, with Yosemite National Park being forced to close for weeks due to fire danger and smoke hazard. It was parkâ€™s longest closure since 1997. With the effects of the Carr Fire still being felt in Shasta County, the Hirz Fire quietly erupted near Shasta Lake and quickly became a concerning incident on the lake. The fire created smoky conditions on the lake, deflecting potential visitors and hurting lake businesses.

Although the Hirz Fire is now close to full containment, the Delta Fire recently hit its fire lines, merging the two fires and creating a complex fire. Now, most of the eastern lines of the fire are completely contained, but officials have to worry about the merging flames of the 95,000 acres combined between the fires. The Stone Fire in the Modoc National Forest started with a strike of lightning and burned fast on its way to nearly 40,000 acres. The fire hit hard but was quickly controlled by firefighters, achieving full containment only 5 days later. Burning for nearly six weeks, the Donnell Fire has burned 36,450 acres throughout the Stanislaus National Forest to the north of Yosemite.Â In total, 54 major structures were destroyed by the fire, including the main store and restaurant at the Dardanelle Resort.

In early August, the fire forced officials to close a portion of the Pacific Crest Trail between Highway 108 and Highway 4 near the forestâ€™s boundary. Although the containment has reached 90 percent, officials don’t expect full containment until September 22. Located in the Rogue River Siskiyou National Forest near the Oregon border, the Natchez Fire has been burning since July 15 and officials don’t think they’ll have full containment over the flames until October 22.

The fire started whenÂ the region saw 917 lightning strikes that caused 117 fires of varying sizes. The Natchez Fire was the largest of those fires. The Delta Fire started in a fast and furious fashion, causing a chaotic scene along Interstate 5 near Shasta Lake where motorists ran for their lives and four big rigs burned to the ground. The fire grew to 15,000 acres in just over 12 hours and has since grown to 53,311 acres.

With the rugged terrain of the Shasta Trinity National Forest, the containment remains at only 5 percent and the fire has since merged with the nearby Hirz Fire and is expected to hit the charred remains of the Carr Fire. The Lions Fire started seven miles southwest of Mammoth Lakes and is burning in forestland at 6,000 feet to 8,000 feet elevation with a substantial number of dead trees. As a result, the flames have been rolling through the forested area for the past two months. But with 85 percent containment, officials hope to fully contain the fire with 3 weeks. Just to the east of the Lions Fire sits the Boot Fire, which officials hope is an easier, shorter fight than its predecessor.Â Air support, including seven helicopters and two CL-415 water scoopers, is attempting to slow the fire as firefighters and heavy equipment operators construct containment lines.

A mandatory evacuation remains in effect for residents in the area of Fales Hot Springs, Devilâ€™s Gate Pass and Swauger Creek, and for the Marine Corps Mountain Warfare Training Center. Highway 108 (Sonora Pass) remains closed to all eastbound traffic to Kennedy Meadows. With fast containment over the past week, officials hope the fire doesn’t grow during the Red Flag Warning and achieve full containment by September 15. The Kerlin Fire began just to the west of the fast-moving Delta Fire but has proven to be much more manageable for firefighters. 70 percent containment was achieved in just a week and officials hope to keep that trend going and complete containment within the next week.

A Beacon Of Northern California History: The Battery Point Lighthouse