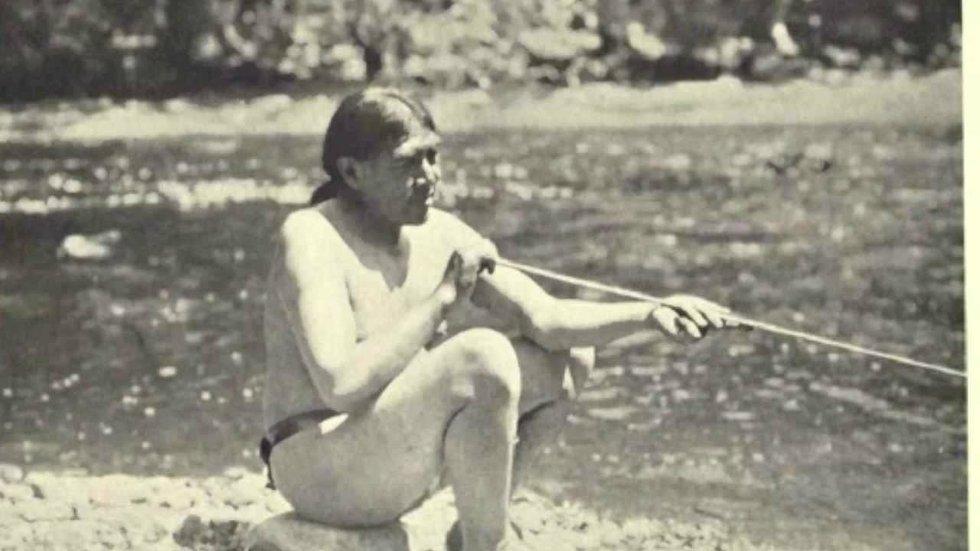 It was August 19, 1911, when an unknown, “wild’ man emerged from the wilderness near Lassen Peak and into the town of Oroville, California. Unable to speak english and desperately looking for food, the man was subsequently captured by locals and put into the local jail by the sheriff “for his own safety.”

The man would go on to be an importantÂ link between the vastly different “wild” Native Americans and the modernized “white” culture of the early 1900’s. They would write books, film movies and even produce plays about thisÂ man. Universities would study him thoroughly, learning about his advanced knowledge of the outdoors and the culture of Native American tribes.

While Ishi would become a household name as the representation of Native American culture, his story was that of a tragedy.

Ishi was a part of the Yahi Tribe in the foothills of what is now Lassen Volcanic National Park. During Ishi’s life, the tribe went through a multitude of hardships. In 1865, the tribe was attacked in the Three Knolls Massacre, in which 40 of his tribesmen died.

In the book Ishi Rediscovered Richard Burrill described the scene at the Three Knolls Massacre:

In 1865, near the Yahiâ€™s special place, Black Rock, the waters of Mill Creek turned red at the Three Knolls Massacre. ‘Sixteen’ or ‘seventeen’ Indian fighters killed about forty Yahi, as part of a retaliatory attack for two white women and a man killed at the Workmanâ€™s household on Lower Concow Creek near Oroville. Although approximately 33 tribesmen escaped the massacre, many of them were killed by cattlemen soon thereafter. While the outside world believed the Yahi tribe to be extinct, Ishi and his family lived in hiding for the next 44 years.

After Ishi’s family had all passed due to disease or violent run-ins with settlers, Ishi spent the next three years alone in the wilderness. At the age of 50, desperately starving, Ishi wandered into Oroville, or to him, the modern world. Ishi grabbed headlines after he wandered into Oroville and was eventually moved to the University of California, Berkeley by anthropology professors looking to gain access to his knowledge. For the next five years of his life, Ishi worked as a research assistant at Berkeley, living in an apartment at the anthropology museum.

He never revealed his given name and was only referred to as Ishi.

He described family units, naming patterns, and the ceremonies that he knew, but much tradition had been lost because there were few older survivors in the group in which he was raised. He identified material items and showed the techniques by which they were made. He also deconstructed the Yana language, providing plenty of insight for linguists. During these years of Ishi’s work with Waterman and Kroeber, he traded in his small loin clothesÂ for modern day suits while he taught the men different Native American skills. His knapping techniques are still revered by flint knappers today as creating the foundation of the modern-day practice. He showed them his unmatched survival tactics which helped him live off the land for his entire life.

But his most revered skill was hunting with a bow and arrow. He would create the bows from a juniper tree and worked meticulously to craft his arrowheads. He had a very systematic approach toÂ shooting the bow and wouldn’t eat fish the day of the hunt, so deer couldn’t smell him.Â He was a craftsman of the hunt. The Legacy of Ishi During his time in Berkeley, Ishi was often ill, as he lacked any immunityÂ toÂ modern day diseases. Eventually, Ishi passed away from tuberculosis on March 25, 1916.

Upon his death, Ishi’s brain was preserved and his body was cremated. His brain was sent to the Smithsonian Museum were it was displayed for over 80 years. In 2000, the brain was given to the Redding Rancheria, where they buried his brain and cremated ashes.

Many people documented the life of Ishi, including eightÂ books, four movies and a theatrical play in San Francisco. A courtyard at Berkeley was named “Ishi Court” and an area of land where Ishi was said to have lived, just west of Lassen, was named the Ishi Wilderness Area.

While many remember Ishi as a link between the last “wild” Native Americans and the modern day world, others see his story as a symbol of the tragic treatment of Native AmericansÂ a black eye on the early development of the United States.

No matter how you look at it, Ishi will forever hold a place in the history of Northern California.